Maple Leaf Dairy is owned and operated by Tod and Diane Leiteritz and is located in Cleveland, WI, in the heart of the dairy industry in Wisconsin. ARE will utilize and study manure from more than 5,000 dairy cows at Maple Leaf Dairy as well as a cropping system to produce vegetable oil seed. 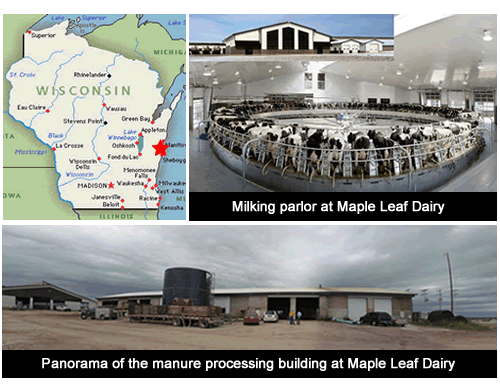 Dairy farming has been part of agriculture for thousands of years and is a vital U.S. industry. The milk produced by U.S. dairy farmers represents the second largest agricultural commodity industry in the U.S. by value. There are 65,000 dairy farms in the U.S. Wisconsin is one of the top five dairy U.S. states by total milk production. (Congressional Dairy Farmer Caucus)

By definition, dairy farms produce large amounts of waste in small areas. A single dairy cow produces approximately 120 pounds of wet manure per day. If properly stored and used, manure from animal feeding operations can be a valuable resource. Applying manure to land can be an environmentally sound approach to fertilizing fields. Manure can also be used in digesters (machines which decompose manure and capture the methane gas emitted) to produce electricity, and other useful by-products such as ethanol. However, if not managed correctly, the waste produced by AFOs can pollute the environment, especially water. (Environmental Protection Agency (EPA) statement on the problems with manure) 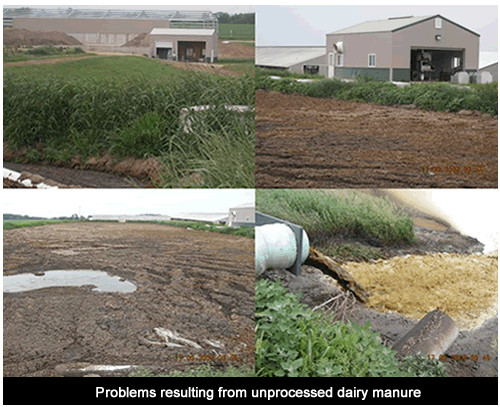 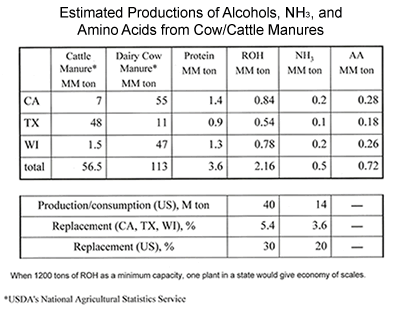